Been playing around with openFrameworks recently, trying to get a real time 2d fluid solver up and running (more on that later). To get it more interactive I decided to attach some of my midi controllers, but couldn’t find a Midi library in openFrameworks. Luckily the ofxMidi addOn helped me out.

After downloading the addon and getting it compiled I noticed that the example was actually quite useful to test my various midi devices! After tweaking the code a bit to view the selected port and the devices in an ordered list, the app proved quite useful…

It allows you to select any of the attached devices and display the messages that are received (value, channel, velocity etc.). When a device get’s disconnect it simply disappears without crashing the app. The other way round works as well. Ever tried that in CUBASE? Pretty solid code, thanks Chris O Shea for making a neat addon. Much appreciated! Makes my life a lot easier.

I attached my modified code and the compiled x64 executable (windows). If you have any midi devices hooked up, they should simply appear. Use the numeric keys (1-9) to select a port (device).

Note that in order to compile the modded code, you need to download the ofxMidi addon and link to the source code in there, together with the openFrameworks library. Tested mine with v0071. But the exe should be enough. 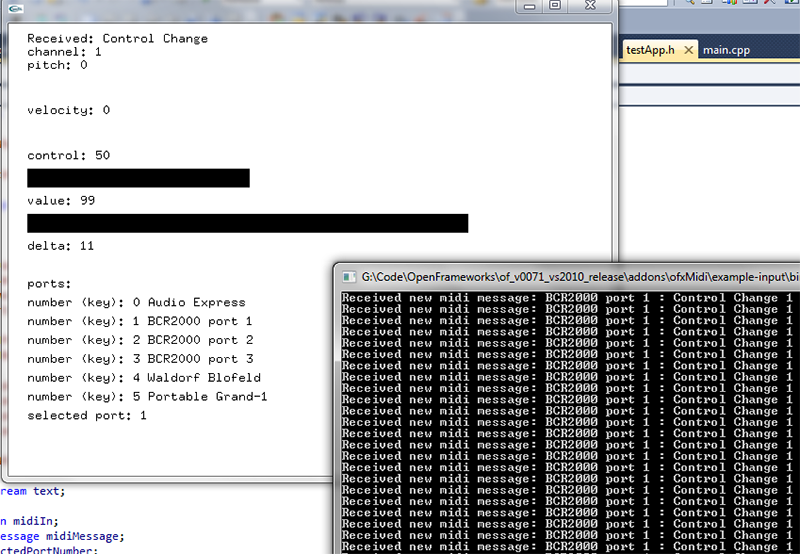