Was working on a custom control that allows a user to freely pan and zoom in on image.
It also supports a minimal amount of image compositing, in this case a custom grid.

The image is being drawn on a custom panel using my own drawing code.
The actual image can be composited with a grid overlay, that is being placed on top of the main form.

The ZoomControl currently holds an Image and Overlay object. The Overlay object is used to draw the grid and is tied with the main control using a seperate event that is dispatched when the amount of rows or columns changes. The rows and columns can be updated through the main interface. The Overlay object creates an image that is stored internally, but is accessible to other components. This image is composited with the background image in the ZoomControl and drawn to screen. The drawing is based on the current zoom and pan levels.

Drawing could be optimized by storing the composited image in memory, updating it only when one of the images changes. Currently the image is composited every time the draw function is called.

Anyway, the project can be downloaded HERE.
It’s build in Visual Studio 2010 but should compile find in older versions. 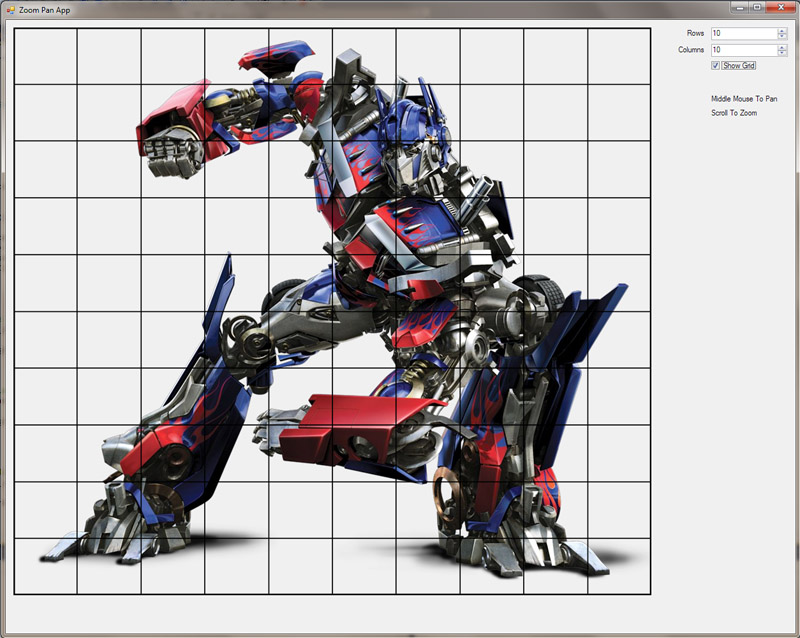