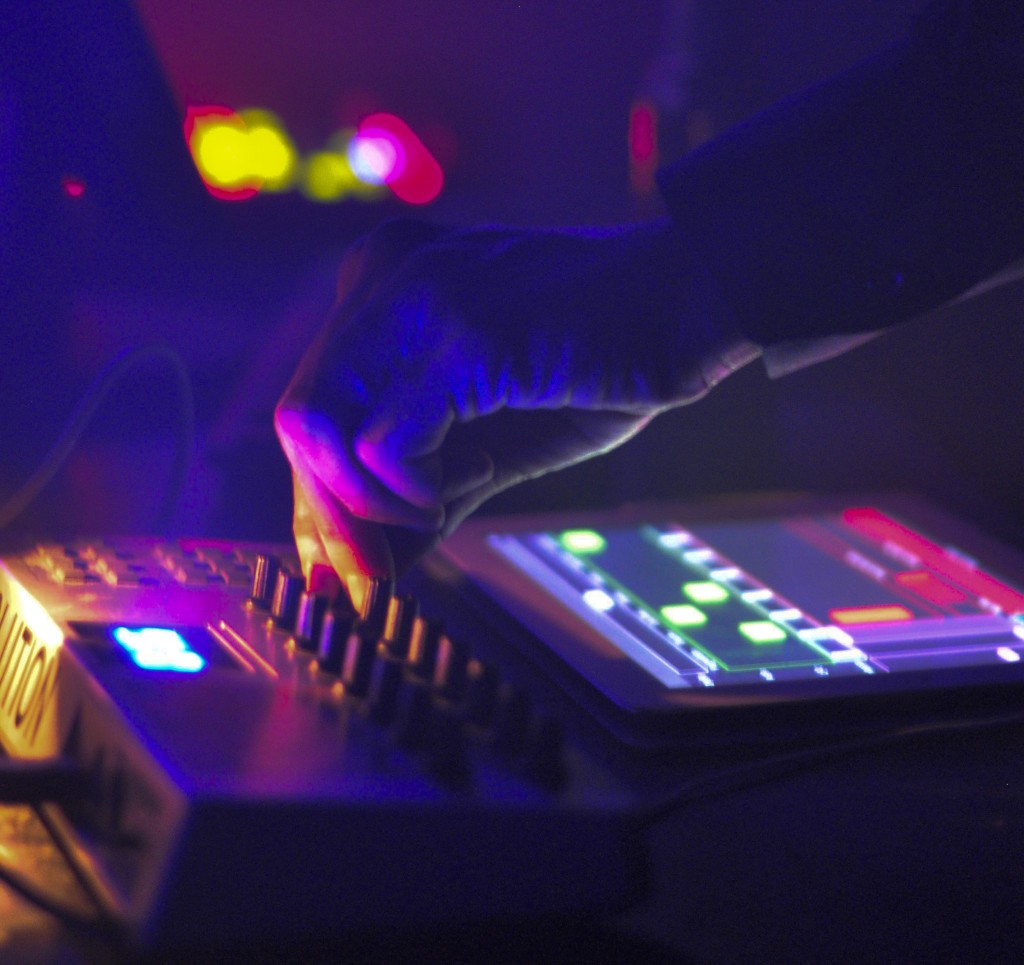 As NAIVI we performed with our custom build LED panel and self written software at Year Of The Horse in Studio 80 (Amsterdam). The organisation wanted to do something different with their light setup and we (NAIVI) were invited to make that happen.

The LED panel is build from the ground up from high brightness LED’s shipped in from China. The panel receives it’s data through a Teensy Microcontroller. I wrote a custom C++ library to convert any sort of image (or video) data to a stream of bytes the micro controller can work with. On top of the library we wrote a vj application that samples and decomposes a video and audio stream to procedurally generate the image data that is send over. These images are synced to the music based on a modulation matrix that accepts LFO, Recorded Channel and Audio data. The modulation matrix consists of a set of application effects (controls) that are used to render a set of images.

You could think of the application as a video synthesizer that accepts any sort of device input to generate an image using a specific render interface (OpenGL).

The Application can also control any already existing light in the club. Most lights accept a DMX signal that is send out by a control panel. The panel in studio 80 accepts midi data that can be mapped to various controls to manipulate the brightness or movement of a light. The already existing modulation matrix (in the software application) is used to calculate a new light value based on the image, audio and lfo data available in the running application.This enabled us to control both the lights and visuals from the same software environment, merging two distinct worlds that are most often controlled seperately.

All the software is written using OpenFrameworks in C++. The teensy code is native C.